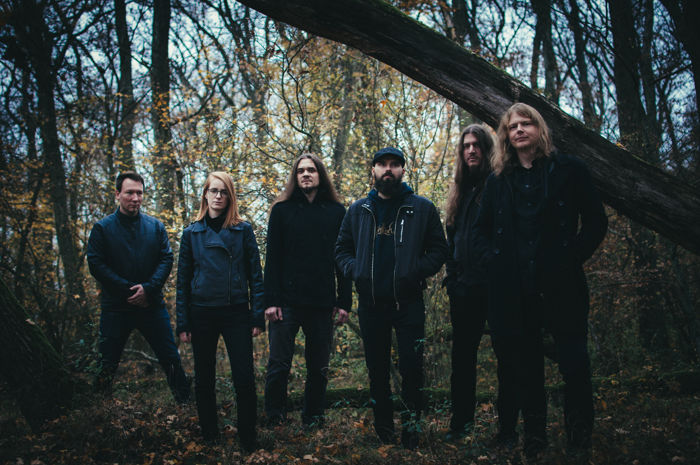 We are a bunch of people from Brno, Czech Republic, who share interest in slow, crushing dooominess, strong riffs, varied extreme vocals and old-school keyboard sounds. We released our first album called "On the Shores of Oblivion" in 2012 under Solitude Productions. Since then, we have come a long way both in terms of lineup and also in terms of musical vision. Occupying roughly the vast area defined by musical styles of Ahab, Swallow the Sun, Arcturus, Opeth and Agalloch, we try to push doom metal to sound complex and somewhat unhinged. Our sophomore album "Exulansis", released in 2016 via Epidemie Records, takes some inspiration from post-metal and black metal, but stays firmly in the doom metal territory.